You know how every house has one room that is just out of control? This room has given me trouble from the day we bought this house. When we moved in, this was the only room that had a problem (the ceiling fan/light wouldn’t work). And since then, I haven’t been able to do a thing with it.

We like to call it an office, but let’s be honest with ourselves, it’s become a junk room.

(I tried to go kind of in a 360 degree turn around the room for this tour – if that makes any sense at all. I just know I like to “have my bearings” when I’m looking at pictures of rooms/houses online!) Noah’s college diploma is beside the desk- mine will eventually be under it, if Alabama ever decides to send it! This was Noah’s mom’s desk when she was a little girl. It is now FULL of supplies and books!

I mentioned in an earlier Show Us Where You Live that I had been able to contain Noah’s Alabama collection to the guest room and the office. Well, here’s the office part of it! Now, Alabama fans have this bad stereotype of “worshiping Bear Bryant” and “comparing every coach to Bear Bryant.”

Where in the world would people get that idea?? 🙂

The first picture is one I gave Noah for one of our first anniversaries. We were headed out to eat in downtown Tuscaloosa one night, and he saw this in the window of a consignment shop and loved it. I went back and got it the next day for him, and it’s been hanging somewhere in his house ever since.

The second picture is of Gene Stallings and Bear Bryant. It’s actually a really cool picture – it was taken right after Gene (who played under Bear at Texas A&M) beat Bear in the Cotton Bowl. Gene was coaching at A&M at the time (he went on to be one of our best coaches), and of course, Bear was coaching Alabama. Bear Bryant went up to him in the middle of the field after the game and gave him a big hug, lifting him off the ground.

That picture is Noah’s favorite picture ever taken of anything relating to Alabama. It was his wedding present from me…I knew I wanted to give it to him, and could not find it ANYWHERE. I had to call around and find it for him. He was pretty excited when he got it. 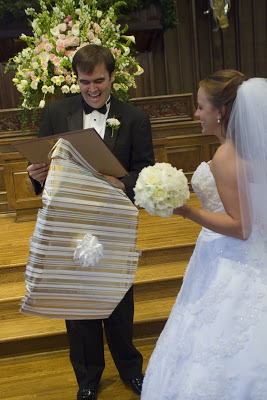 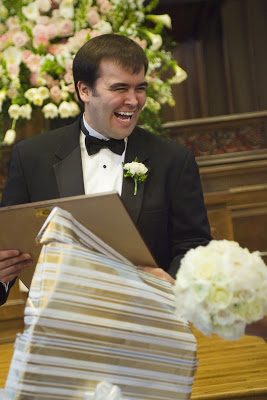 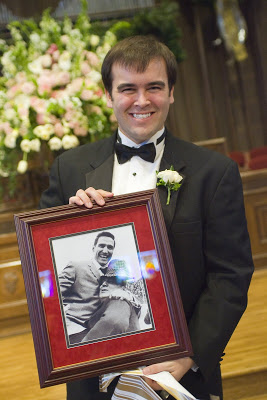 We even have an Alabama night light in here. Courtesy of Wal-Mart in Tuscaloosa, of all places. Something tells me the Wal-Marts in Auburn and Knoxville, TN don’t have these though.

Ok, back to the office. This might not mean much to you, but the contents of this bookshelf in the office hold 2 years worth of VERY hard work for me. This is every folder I had in the Education Program at Alabama. I’ll save these forever because I worked my backend off for them, and they have a lot of good things I can use in my classroom! We eventually want a futon or small bed in that big blank area. Looking out the window – pretty much the same view as the guest bedroom, but somebody actually came the other day and cut that monster of a field! Hopefully that will eliminate the spider/fly population in my house (currently at about A MILLION). This used to be the entertainment center at our condo, but is now a printer/stationery holder. It will (hopefully) one day hold a TV, when we get that futon. Noah’s koozie collection – it’s getting a little out of control. This is only 1/2 of what he has!

And there you have it…the most jumbled, hodge podge of mess in my house. Hope you enjoyed it…haha!

Wanna show off your office or get ideas for one (like I need to be doing)? Head over to Kelly’s Korner for details!