1 shares
I am so, so excited for this weekend!
Football season is finally upon us. I’m usually knee deep in beginning-of-the-year school things when football starts. This is the first year I think I can remember that I’m not too busy to enjoy it!
I’ve got a little bit of a spread planned for this weekend…wings, bang bang shrimp (a la Pinterest), and a fabulous layer dip I thought up this week! 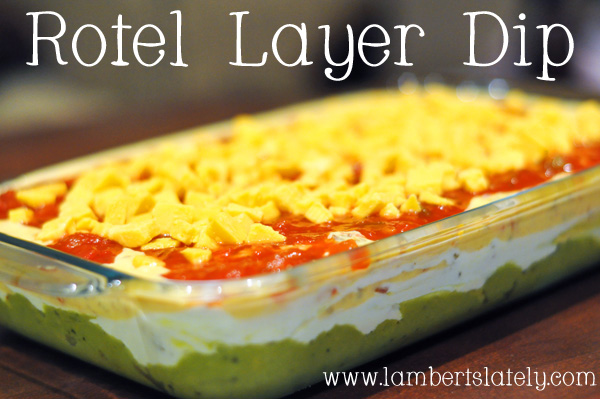 Rotel Layer Dip
Ingredients:
1 can Rotel, not drained
1/2 of a 1lb. block of Velveeta
1 lb. hot sausage, browned and drained
16oz. guacamole – I use a 16oz tub from the deli section at the grocery store, but it would probably be 4-5 avocados worth if you wanted to make it fresh
16oz. sour cream
16 oz. jar of salsa
1 pack (2 cups) Shredded or Chunked Sharp Cheddar Cheese
Directions:
Prepare Rotel dip by cubing Velveeta into 1″ pieces, putting into a microwave-safe dish, and pouring can of Rotel and browned sausage over the top. Microwave for 2 1/2 minutes, stir, and microwave in 1 minute increments, stirring in between, until melted.

In a casserole dish, layer guacamole at the bottom. Layer sour cream over that. Layer prepared Rotel dip over that, and pour salsa on top. Sprinkle with cheddar cheese. Serve with chips.

It is DIVINE. I could eat a whole dish of this by myself. And it does work if you want to make it the night before and refrigerate. You would think the Rotel dip would be weird cold, but it isn’t! 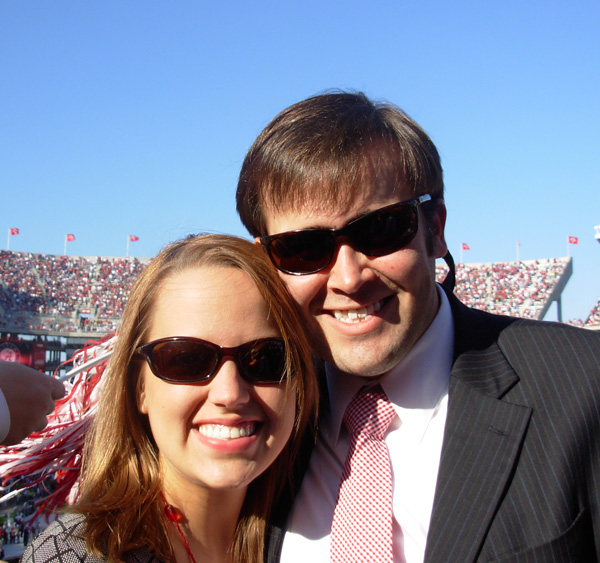 Look at those babies! This is our first homecoming that we were dating, so 2006. 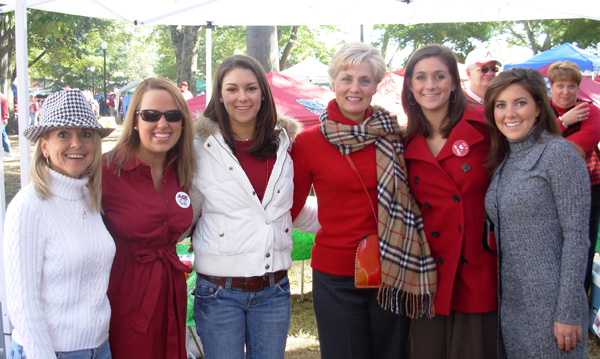 This was 2006 too…LSU game I think? I remember it was cold. These are some of the girls in our tailgate group – sweet, sweet ladies that I can’t wait to see this year! 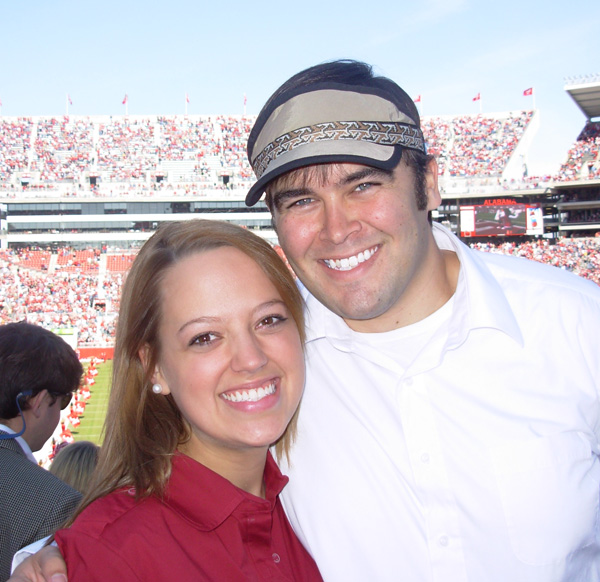 This is that same game. I miss the student section… 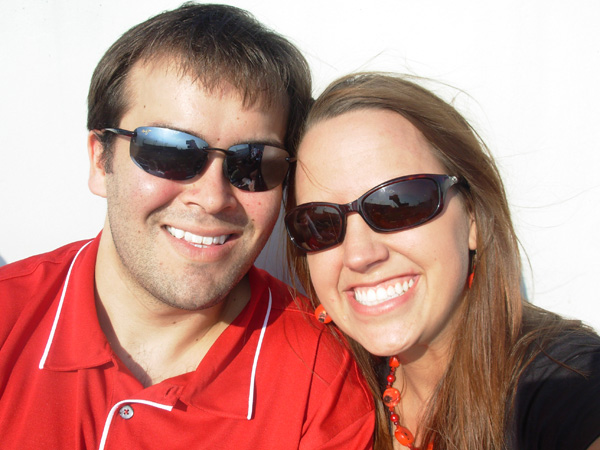 This is 2007, right before we got married…at the Florida State game in Jacksonville. 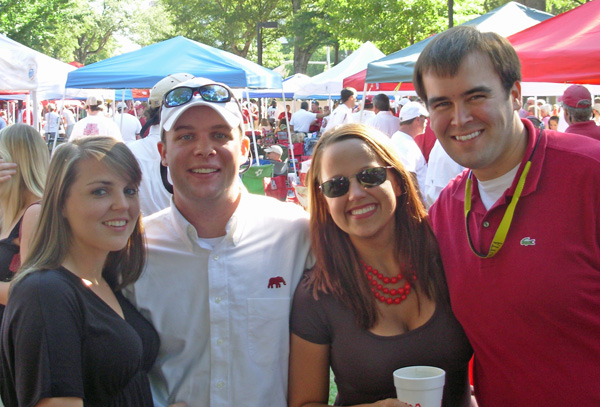 Our tailgate group did a shower for us at the tailgate the football season before we got married! This is at that tailgate, with some more sweet friends. This was 2007 – I think the Arkansas game, I’m not sure. 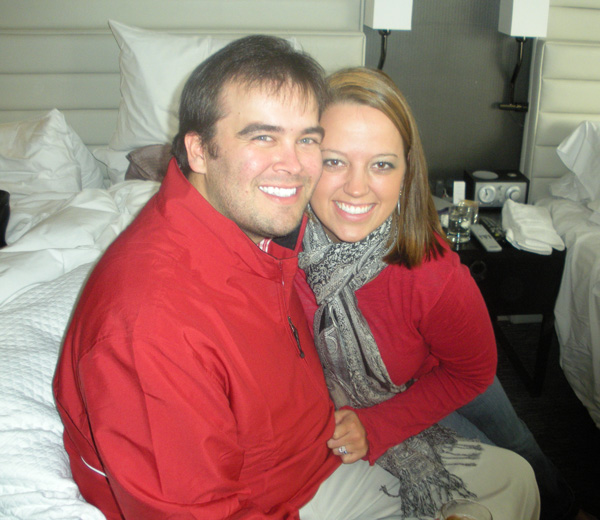 SEC Championship, 2008 I think? The one where Florida beat us like a drum, I know that. You might forget the year, but you never forget who played and who won. 🙂 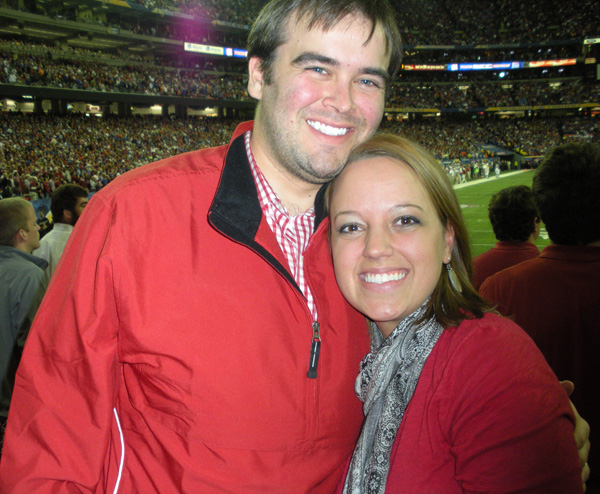 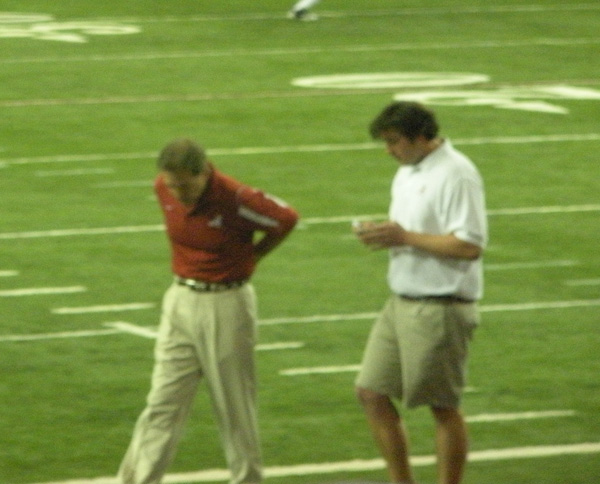 We were this close to Nick Saban! One of the only advantages to being a 6th year senior…the tickets. 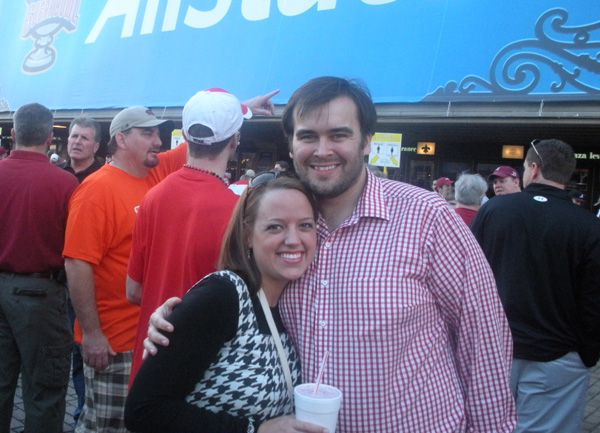 The Sugar Bowl where Utah State handed our TAIL to us…2008. 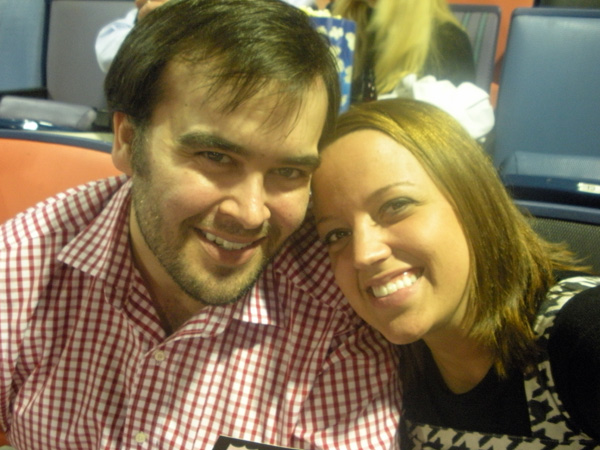 Clearly this is before we lost. 🙂 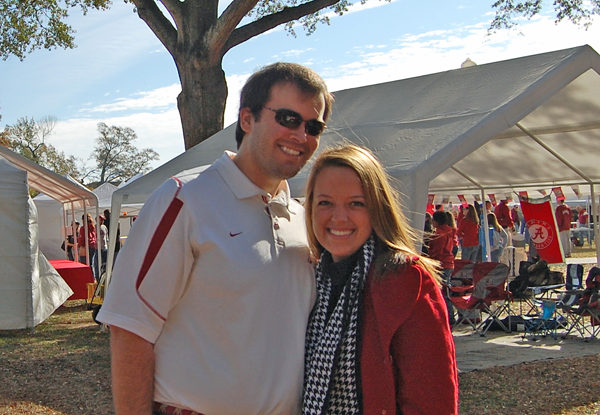 This was our Christmas card picture the year we won the national championship! 2009

And from January of this year…the first national championship we actually went to! (Emma Ramey was there too!)  Well, I say that – we didn’t actually go to the game, because I didn’t want to mortgage my house for football tickets. 🙂 But we were in New Orleans for it.
HAPPY FOOTBALL SEASON!! ROLL TIDE!!

Time Blocking is a productivity game-changer. By s

Everyone has a "last meal" picked out - this one's