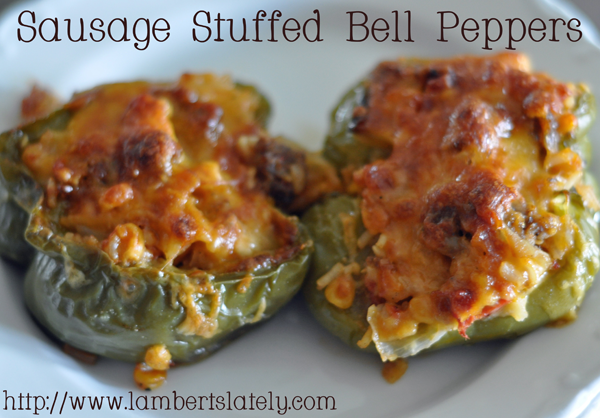 My grandmother had the best recipe for stuffed bell peppers…that's actually one of the things she made that sticks out to me the most. I used to love when she made them. So this recipe makes me think so much of her!

I had not made stuffed bell peppers in the longest time. I had a few bell peppers to use, and this seemed perfect for a late summer meal!

Sausage Stuffed Bell Peppers
Ingredients
4 bell peppers (any color would work…I used green)
salt
olive oil
2 large yellow onions
1lb (1 roll) hot sausage
2/3 cup rice (I used a combo of brown and white. This would be a great way to sneak in brown rice if you don't like it – you can't really taste the rice!)
1 1/2c chicken broth
1 can diced tomatoes and green chiles (I didn't have Rotel, so I used another brand, but Rotel would be great.)
1 can yellow corn
4oz cheddar cheese
Directions
1. Take your bell peppers and cut them in half from stem to bottom. Take out the ribs and seeds. Cover them in a drizzle of olive oil and salt and roast in the oven at 400 degrees for about 20 minutes (until starting to brown).
2. While they're roasting, cook rice according to package directions in chicken broth. Set aside.
3. In a large skillet, cook onions in a little bit of olive oil until they are translucent. Add sausage and brown. Drain juice off of tomatoes and corn and add to sausage. Cook this until all of the extra liquid evaporates.
4. Mix the rice and sausage mixture all together in a large mixing bowl (note: this makes a ton of filling…probably double what you need for 4 bell peppers. It's hard to cut the recipe in half since there are canned goods, so I use half and freeze half for later.)
5. Put filling in bell pepper halves and bake at 400 degrees for 15 minutes.
6. Add cheese to top of bell peppers. Turn the broiler on and bake for another 4-5 minutes, just until the cheese is melting and starts to brown. 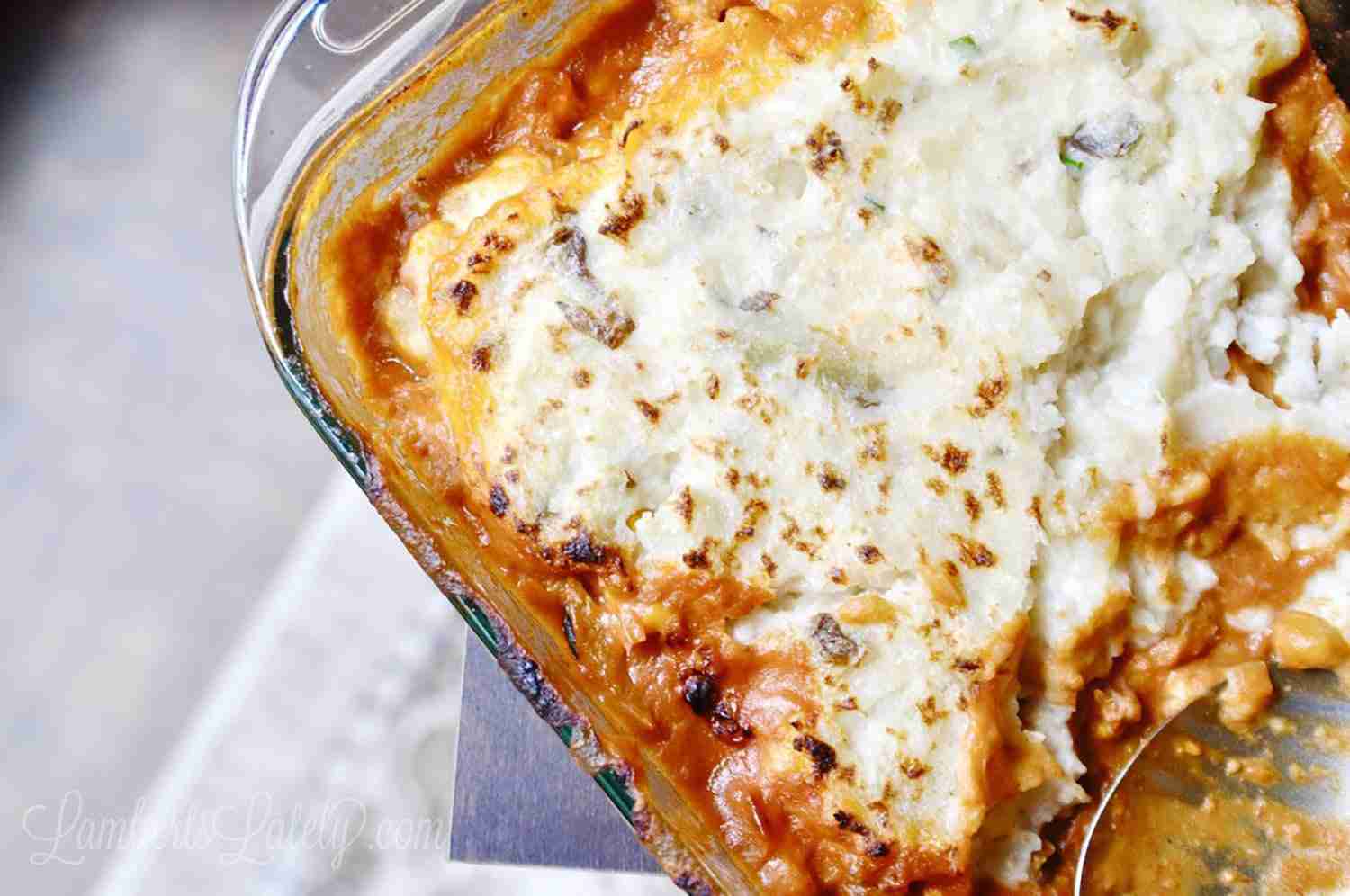 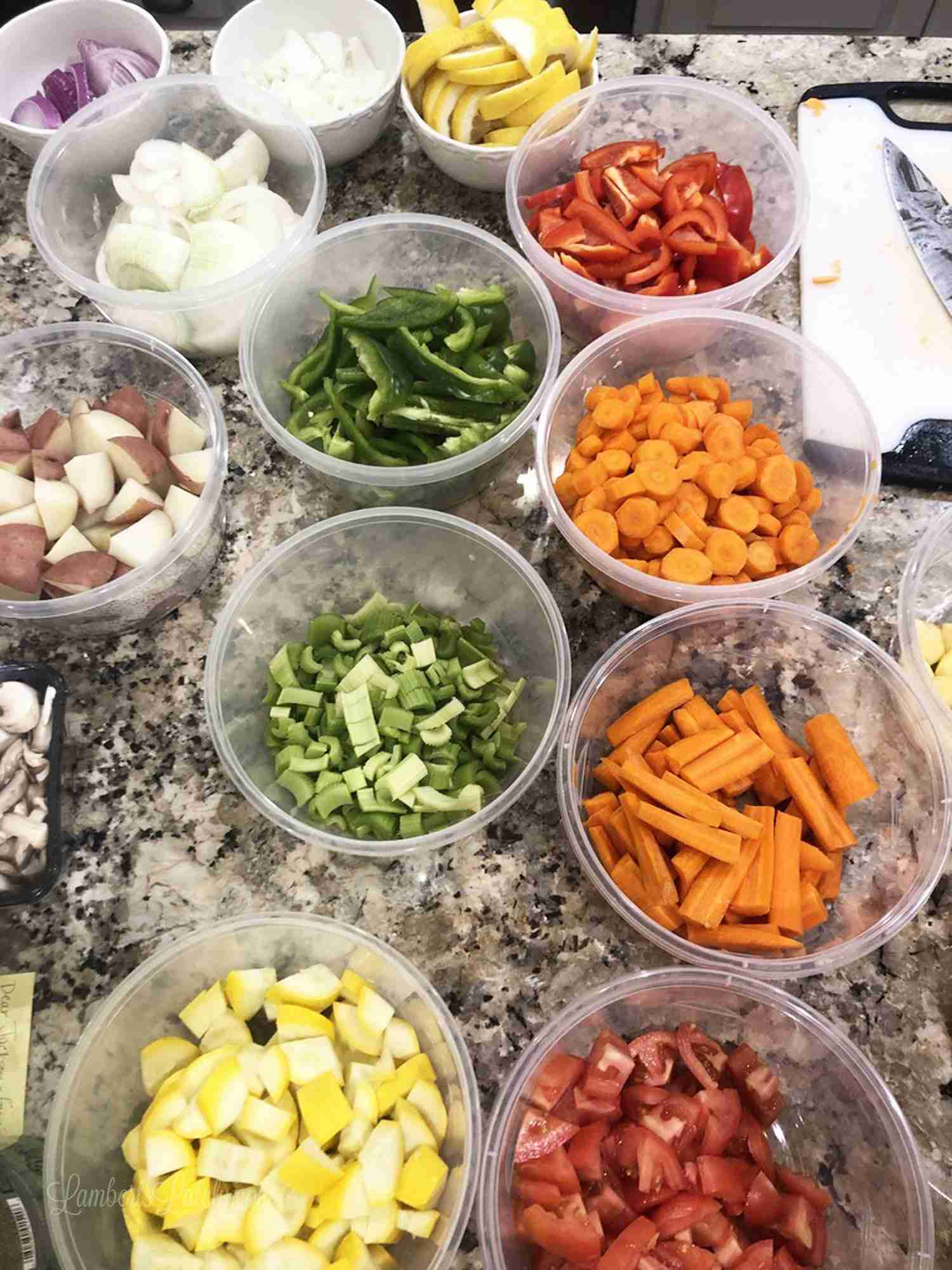 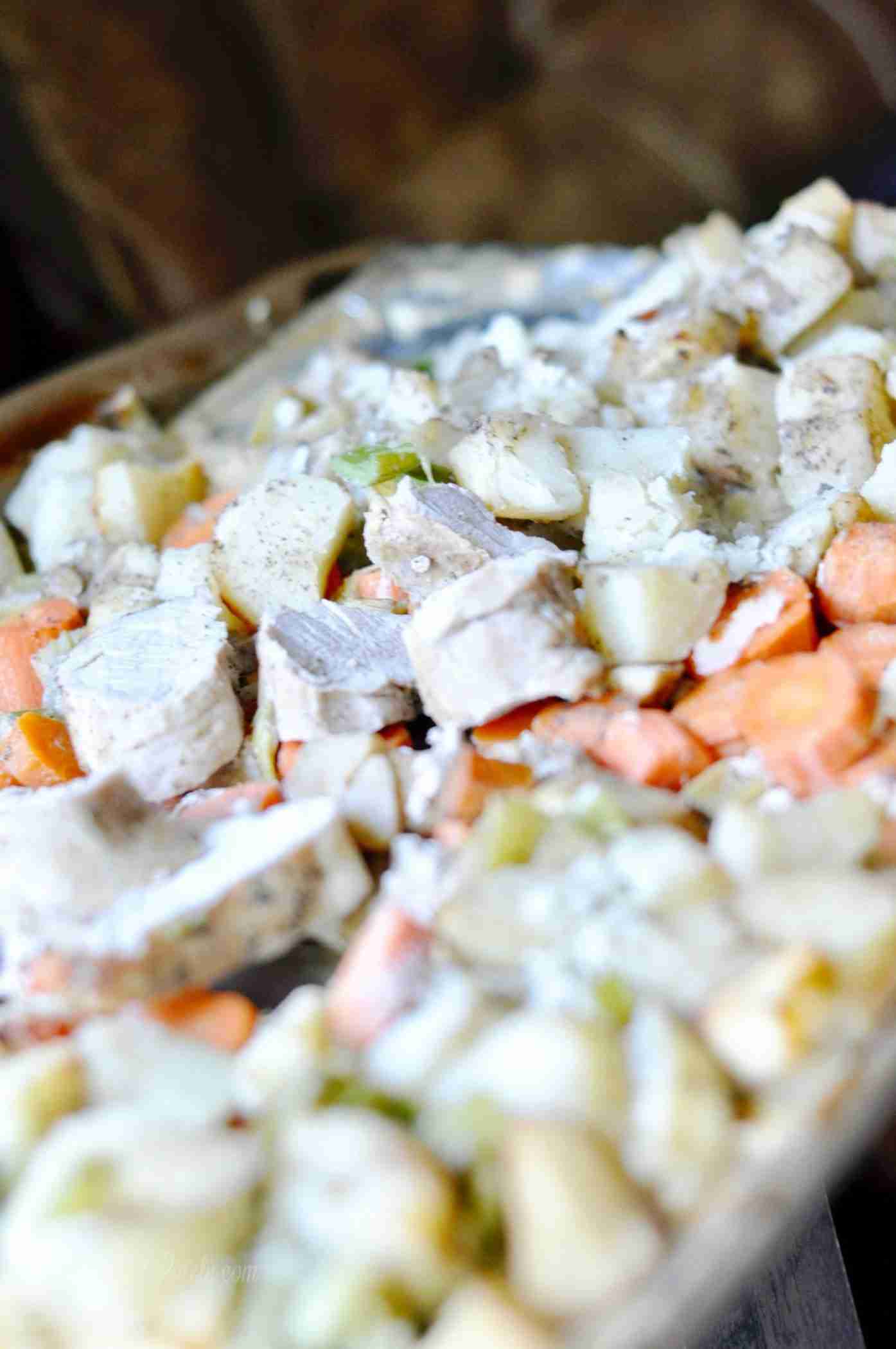