2012 will definitely go down as a big one for us. There was SO much crammed into one year!

January
We went to New Orleans for the National Championship, worked on a nursery, and had our first baby shower.
February
We got a lot done this month! Finished a nursery, had showers #2 and #3, and put in hardwood floors (well, I watched…).
March
The biggest month of the year for us…and literally the biggest for me! 🙂 Emma Ramey was due on March 15th – during my Spring Break – so my last day of work was March 9th. So, from that day until she was born was a waiting game for me. My induction was delayed because of a death in the family, but she was finally here and perfect after a tough day on March 26th!
April
We started the month with Emma Ramey’s first trip out of the house since she came home 2 days before – her weight check at the hospital (which she passed like a pro!). Her first Easter was the next weekend. The rest of the month was a whole ‘lotta getting used to each other. She was 1 month old on April 26th!
May
We started getting out a little bit more this month! We met new friends and Noah and I attended our first event without Emma Ramey. I went back to work, but only for a week before I “retired” to be a stay at home mom. I celebrated my first Mother’s Day and Emma Ramey went on her first trip out of town – to her grandparents house in Mississippi over Memorial Day weekend!
June
We actually went back to Mississippi in June so Emma Ramey could meet some her family from out of town! Noah had his first Father’s Day.
July
Noah and I both had birthdays! We celebrated July 4th in town, and headed to the beach the weekend after. We soaked up some sun at the pool and helped sweet friends move into their new gameday house that replaced the one destroyed by the April 27th tornado.
August
We went on a mini fishing/grandparent trip at the beginning of the month. Emma Ramey had her 4 month doctor’s appointment, and started eating solid foods shortly after! Noah and I both officially changed jobs this month.
September
We kicked off football season and celebrated Labor Day at the beginning of the month! We had a visit with Emma Ramey’s aunt and cousin, and got to meet lots of new family members. I decorated for fall and Emma Ramey turned 6 months old! That included getting those yucky 6 month shots.
October
Emma Ramey started eating fruits and veggies this month. Hardy turned five, and we visited Noah’s parents. We showed our girl off at UA’s Homecoming celebration, and Emma Ramey dressed up for her first Halloween!
November
Emma Ramey started crawling…and life changed a WHOLE lot with that. 🙂 We voted in the election, celebrated Emma Ramey’s first Thanksgiving, and had a great Iron Bowl weekend!
December
This month was spent celebrating the holidays! We met Eddie,  met Santa (twice), had our fifth wedding anniversary, decorated for Christmas,  and had three (1, 2, 3) weekends of Christmas celebrations. Oh, and little girl started pulling up too!
What a year! I have loved this year – it’s been challenging, exciting, and fun. But my greatest reward from it is this girl. 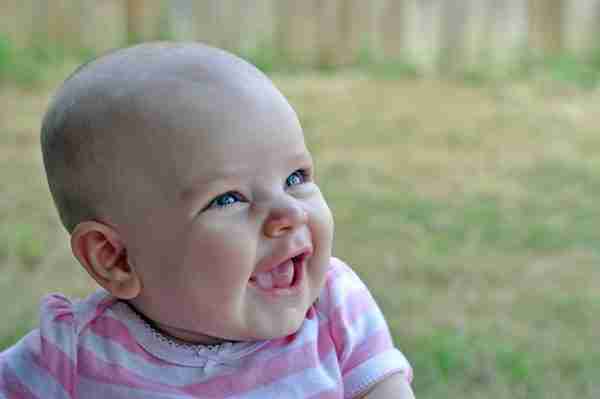