I love doing projects with Emma Ramey that cultivate her talents and interests. Yes, she’s only 2, but she’s already showing such personality and talent!

I wanted to have a surprise element to it – so during nap time one day, I made rainbow cupcakes! 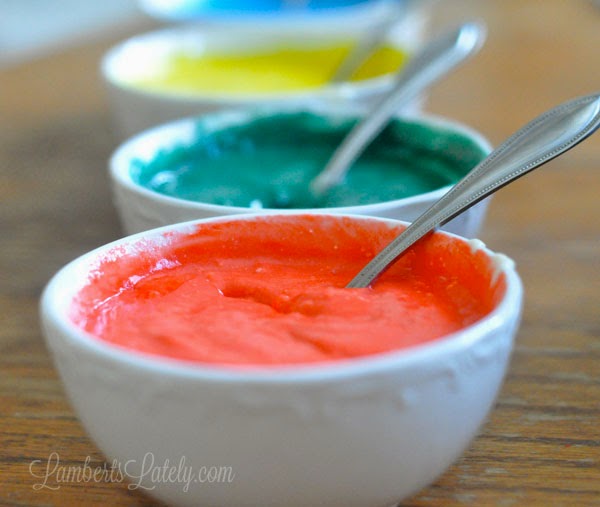 Rainbow cupcakes really are super easy. Just mix your batter according to directions on the box, separate into several bowls, and color as desired.

From there, just layer your colors. Put a spoonful of each batter into each cup, making sure you spread each color all the way to the end of the cupcake wrapper. Try your best to not mix them (they’re going to mix a little, it’s ok…it’s actually kind of pretty!). Bake according to the directions on the box. Super easy and really adds a wow factor! 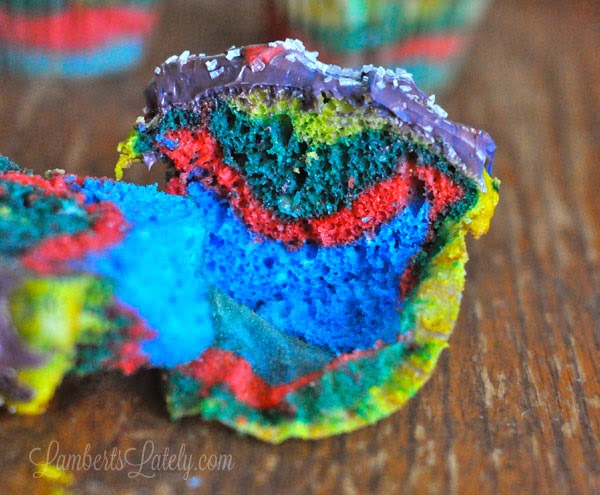 Since Disney has an all-new Tinkerbell movie, The Pirate Fairy, coming out, I thought I’d tie in a little bit of another one of Emma Ramey’s interests – anything Disney. I made these super easy Fairy Wing toppers for the cupcakes!

1. Print out the shape you’d like for the topper on just regular computer paper. I put a few on a page to make it easier (this can be done on any editing program). Put the computer paper under a piece of wax paper.
2. Take chopped almond bark and microwave in 30 seconds increments until melted. Reserve a little bit extra chopped bark and throw it in the melted bark…mix until everything is melted (this brings down the temperature of the bark a little and tempers it). Put in a pastry bag with a small tip. Pipe the melted almond bark onto your shape…outline first, then fill in and spread with a spoon if needed.
3. To make these truly fairy-themed, I sprinkled sugar crystal sprinkles on the shapes before they dried. This gave it a pretty sparkle!
I promise this is easy…if I can do it, you can do it! 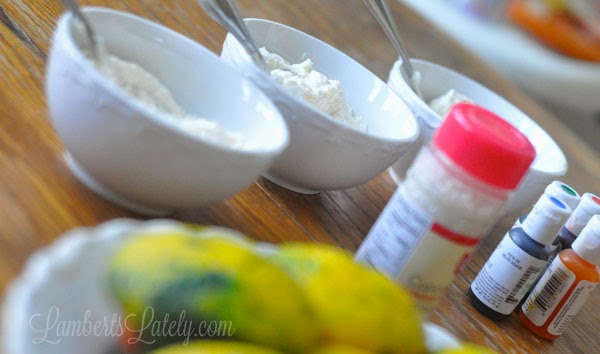 Finally,  the next morning, it was decorating time! 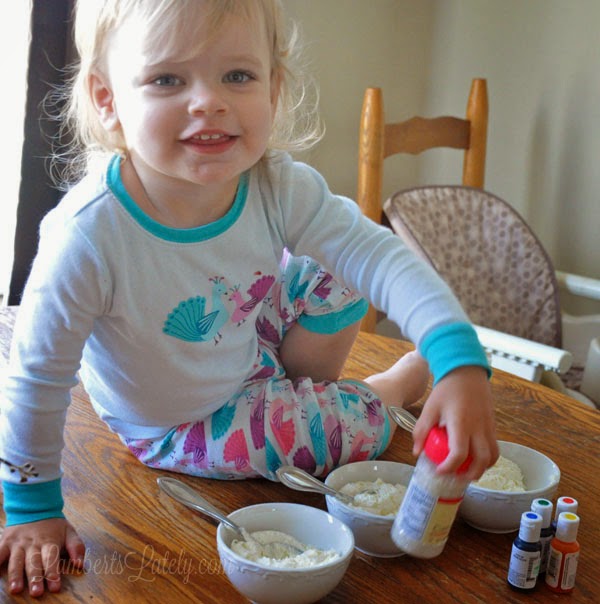 I put icing in a few bowls and laid out my food coloring. I let Emma Ramey pick two colors to put in each bowl. This is a great lesson for mixing primary colors into a new color too! 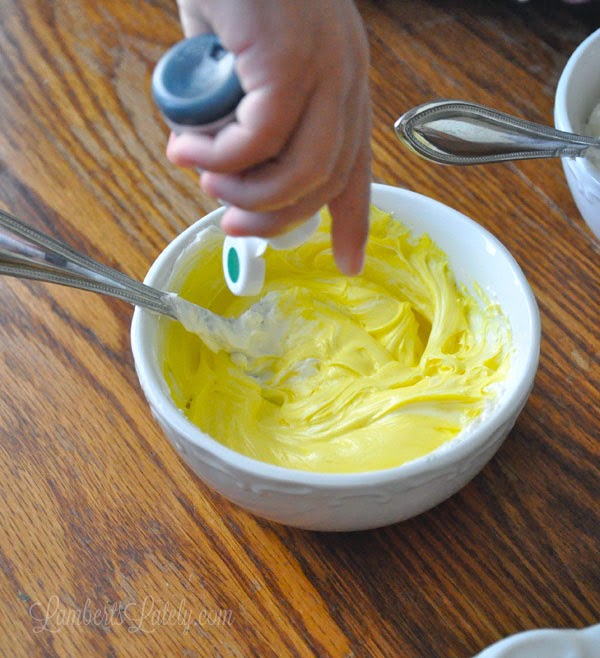 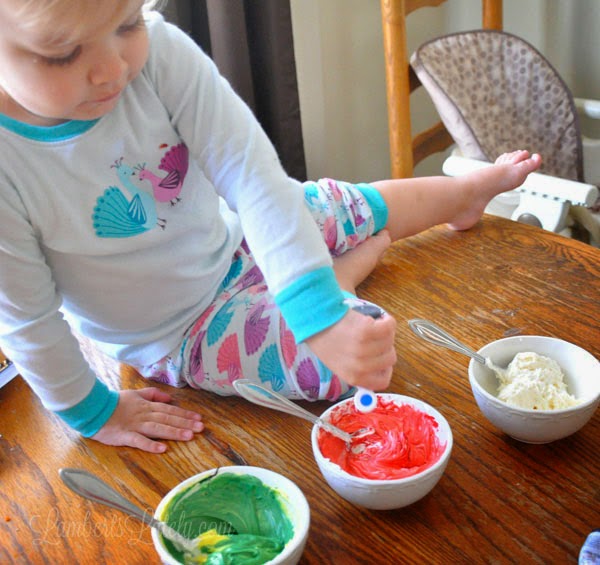 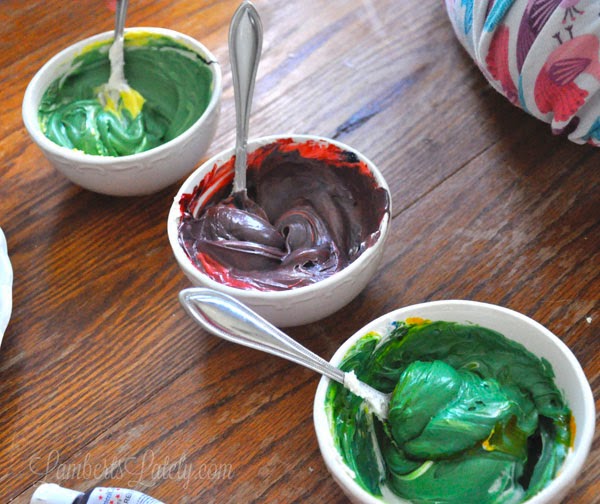 Yes, it got a little messy, but we both had fun. Here were her final colors!

We frosted the cupcakes together, sprinkled “fairy dust” (sugar crystal sprinkles) on each one, and topped them with fairy wings. They were a hit! 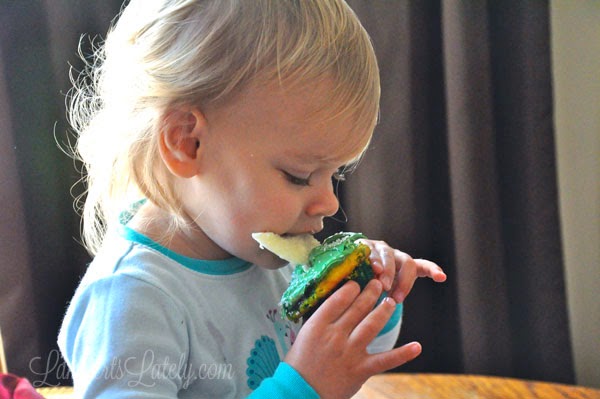 And, I think anytime Emma Ramey gets to sit on the kitchen table, play with colors, and eat cupcakes in her pajamas before 11am, she’s impressed. 🙂 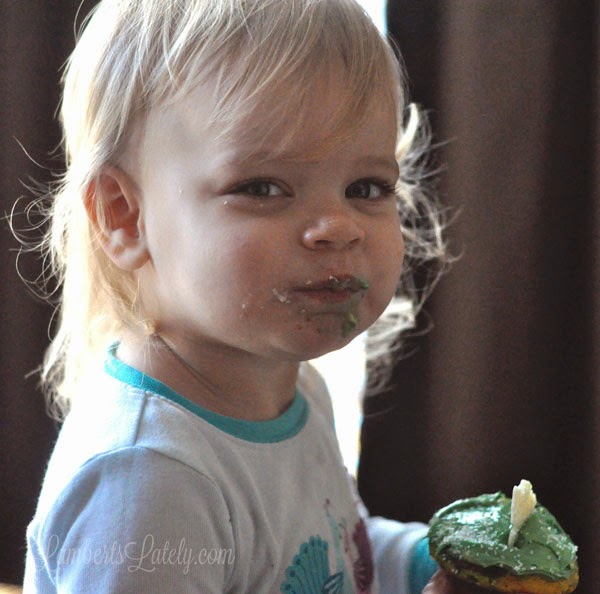 You can encourage your child’s talents in lots of fun ways. Take what they love and incorporate into your everyday – you’ll see them shine!

If you're in need of space in a bedroom, a murphy

New on the blog today: I'm sharing how we keep our

Do...do you guys see that? It's a tiny light at th