Say that name fives times fast. I thought about just naming it “the C soup,” but that’s not very descriptive.

Yesterday just kind of called for soup. I had a few different things that probably would have been a little bit more convenient to make for dinner, but nope. When it’s drizzling and 35 degrees in south Mississippi, only a good, hearty soup will do.

I recently found this recipe for Potato Soup from Paula Deen…it looked amazing and really easy, but I thought it just kind of needed something extra to make it a full meal. So, I played around with the ingredients a little bit, added and took away, until it was where I wanted it. And man, did it turn out wonderfully! This will definitely make its way into our dinner rotation, especially during winter…it’s perfect for a cold night. 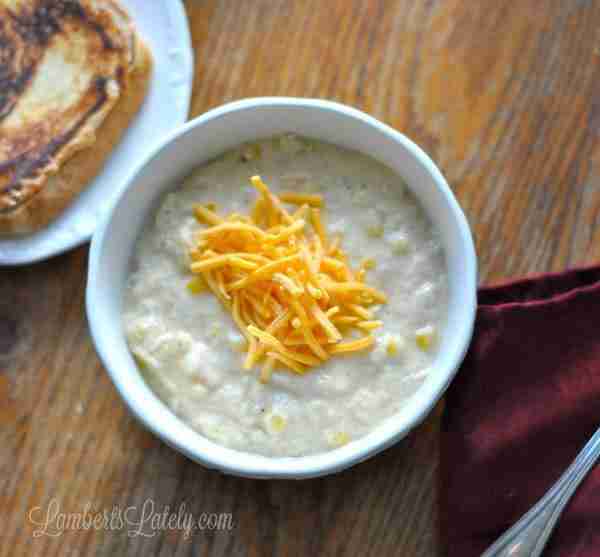 1 Rotisserie Chicken, meat removed and shredded
(Sidenote:  This is one of my absolute favorite shortcuts lately! Per pound, there is very little difference in the price of rotisserie chicken vs. buying it as a boneless, skinless chicken breast. It’s already cooked and tastes so much better than anything I could make!)
1 16oz bag frozen shredded hash browns (not thawed)
1 can Cream of Chicken Soup
3 cups chicken broth (I made mine from chicken bullion, but you could definitely use canned…just use about 2 cans.)
1 14.5 oz can whole kernel corn, undrained
1 tsp black pepper
1 tsp garlic powder
1 8oz block cream cheese, room temperature
1 cup shredded cheddar

About 15 minutes before serving, add in cream cheese (broken into spoonfuls) and 2/3 cup cheddar. Stir well to incorporate cheeses into soup.

Serve with remaining cheddar topping each bowl. I served ours with grilled cheese sandwiches! 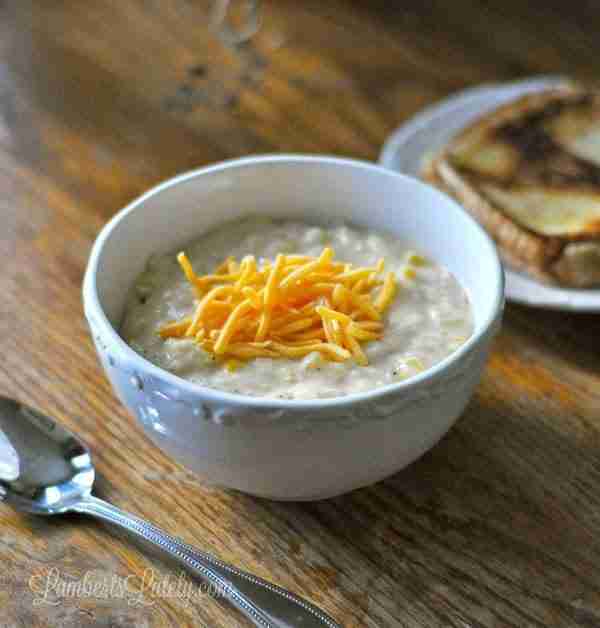 It's that post when two of my blogging worlds coli

All week on the blog, I've been revamping my popul

This console table is such a focal piece for our f